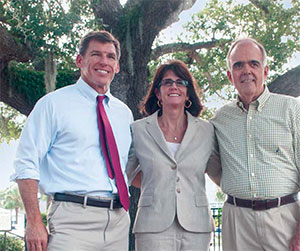 Once upon a time in Coastal Carolina, long before Mount Pleasant was anything more than a sleepy suburb of Charleston, the town’s main street stretched lazily along part of what is now known as Coleman Boulevard.

But now, fueled by an aggressive revitalization plan set in motion by then-Mayor Harry Hallman and the Town Council in 2006 and a combination of public and private spending, Coleman Boulevard is making a comeback. In 2009, the town funded improvements at Moultrie Middle School and Shem Cree, and by mid-summer 2013, the Beach Company had already rented more than 125 apartments of The Boulevard, an imposing 325-unit complex that will be one centerpiece of Coleman Boulevard’s renaissance.

“It wasn’t pedestrian friendly, and it could have been more economically vibrant,” Mount Pleasant Town Administrator Eric DeMoura commented. “We wanted to restore Coleman Boulevard to its rightful place as Mount Pleasant’s main street.”

DeMoura, who was promoted to his current position in October 2010, facilitated the work of the CRAB – the Coleman Revitalization Advisory Board – a group of local citizens who helped put together a plan to return the town’s former main street to its previous place of prominence in the community. Serving as deputy town administrator at the time, he pointed out that public involvement in a project that eventually would cost $17.85 million was a necessity from the beginning.

Kate Darby, who lives just off Coleman Boulevard, served as chair of the 24-member CRAB. The group of area residents and businessmen met regularly for almost two years to come up with a plan that would establish the boulevard as Mount Pleasant’s downtown area.

“I was interested in seeing the town grow the right way. This was a great opportunity to get involved,” Darby commented. “We talked with people from other towns, such as Greenville and Charleston. We wanted to slow traffic down and have more walking and more outside restaurants. In many ways, it’s turning out to be what we wanted.”

She noted that the CRAB’s work led to some unintended but welcome consequences. The CRAB’s achievements were among the factors considered by the National Civil League when it named the town of Mount Pleasant an All-America City in 2010.

Elton Carrier was a member of the CRAB before he was elected to the Town Council in 2009. He’s aware that the project was unpopular among some local residents but added that the CRAB didn’t make its final recommendations until members received input at public meetings. He agreed with Darby that members of the group learned a lot from what’s been accomplished in the Upstate.

“We’re copying Greenville in a lot of ways,” he commented. “They have 150 restaurants on Main Street and lots of pedestrian traffic.”

Carrier, a banker for 35 years before he retired and the current chair of the Council’s Finance Committee, said the town has spent $5.835 million on the project so far, for construction, land acquisition, improvements, design work and to move some utility lines underground.

Greenville’s economic development plans included private sector participation, which is also a key aspect of the Coleman project. In addition to 325 apartments in five buildings located on a six-acre tract in the heart of Mount Pleasant, The Boulevard will be the home of several retail spaces, including a top-of-the-line restaurant owned by Maverick Southern Kitchens. Across the street in a 45,000-square-foot facility in Brookgreen, Southern Season, a combination upscale grocery store, restaurant and cooking school, is preparing to open its second location

He denied that The Beach Company brought Southern Season to Mount Pleasant, insisting instead that “Coleman Boulevard recruited them to come here.”

“We wanted to create an environment where people live, work and play,” Beach Company Vice President Daniel J. Doyle added. “The character of Coleman Boulevard needs to change. It needs to be a destination, not just a place you pass through. Mount Pleasant needs a main street.”

Responding to opposition to the Coleman Boulevard project, Darby pointed out that not everyone in town was happy more than two decades ago when The Beach Company announced plans to build Brookgreen. The shopping center, which at one time included a Food Lion store, was completed in 1994, five years after the Brookgreen Motor Court was all but wiped out by Hurricane Hugo.

“There was a large town hall meeting, and some people opposed the building of the shopping center,” Darby remembered.

According to DeMoura, much of the opposition to the Coleman Boulevard revitalization project was a result of misinformation. He said he’s had to answer several questions based on hearsay rather than fact, including: How can you let The Beach Company build The Boulevard?; How can you reduce Coleman to one lane each way?; and How can you make it so emergency vehicles won’t be able to respond?

He added that he doesn’t think The Beach Company “got a fair shake.” “They were the first entity to take a chance on the revitalization effort. They have stepped up,” DeMoura said. “Some of the treatment they got was unfair. They should be applauded.”

In addition to participation by both public and private entities, the town administrator pointed out that another key factor in the success of the Coleman project was Mount Pleasant’s willingness to change its zoning code to encourage private development. For example, buildings along Coleman now can be 55 feet tall – 75 feet tall in three places: The Boulevard, Moultrie Plaza and Sea Island Shopping Center. Developers will no longer be able to build traditional shopping centers, with large parking lots in front, on Coleman.

“This gives us opportunities for focal points along the boulevard,” DeMoura said. “The zoning changes gave individual property owners great use of their property. They have greater flexibility, so their land is worth more. We asked only one thing in return: All new buildings must be on Coleman Boulevard.”

Since 2009, work as part of the revitalization project has included the farmers market, a small park, decorative fencing and landscaping at Moultrie Middle School, the construction of Shem Creek Park, the landscaped median in the middle of the road between The Boulevard and Brookgreen, and moving utilities underground from Broadway Street to Fairmont Avenue. DeMoura said eventually all utility poles will be eliminated along Coleman.

The Council recently voted not to extend the project west of Shem Creek right away, though DeMoura said design work on the stretch of Coleman between the creek and the Ravenel Bridge should begin sometime before phase 1 is completed during the summer of 2015.

How important is the plan to revitalize Coleman Boulevard? According to DeMoura, it might be the most crucial thing he will do as town administrator. He said because Mount Pleasant offers quality people, quality education and quality government services, coupled with low taxes and a low crime rate, the town’s population has soared above the 73,000 mark.

“People recognize that this is a special community. They’re coming and we can’t stop them. They want a better life,” he said. “People are moving here at alarming rates, and that’s an issue. They need places to live, work and shop. If we don’t manage this issue, it will manage us.” “We can either build density in our urban core, or the town will sprawl and become a community we don’t recognize,” he added. “The decisions we make today will affect us for the next 25 to 50 years.” 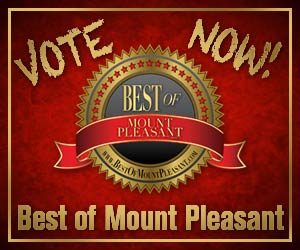