Patriots Point was in search of a large and steady stream of income to save its main attraction. Local developer Michael Bennett was looking for another place in or near his native Charleston to build “beautiful buildings.” A lease agreement that is expected to be approved by the South Carolina State Fiscal Accountability Authority sometime before the end of this year will cover the needs of both. 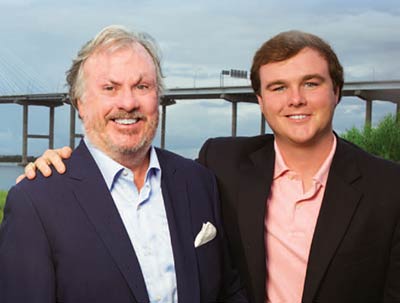 Under the terms of the 99-year agreement, Bennett Hospitality will lease 50 acres of land at Patriots Point. Though the final plans require the approval of the Patriots Point board of directors and the town of Mount Pleasant, Bennett said he plans to build and operate hotels, restaurants, office buildings, retail space and an amphitheater on a “grand lawn.” He said the entire project will cost in the neighborhood of $300 million.

Construction is expected to begin in January 2019 and will probably take 10 to 15 years to complete.

“That will be determined by what the market will support,” said Bennett.

When the project is finished, it will be well worth the wait for area residents and visitors, he pointed out.

“This is one of the most significant pieces of land on the East Coast,” said Bennett. “It’s 50 acres on one of the greatest harbors and communities.”

The lease agreement will give Patriots Point the money it needs to completely renovate the USS Yorktown. According to Executive Director Mac Burdette, that project could cost as much as $60 million. He said Patriots Point currently takes in around $1.5 million annually in lease payments from the College of Charleston, the golf course, the marina, restaurants, hotels and the Cottages on Charleston Harbor. That figure will rise to $6 million a year or more when Bennett Hospitality starts making lease payments.

Burdette explained that the state will sell bonds to pay for the necessary work on the Yorktown, and the bonds will be paid off with the lease income.

According to Bennett, under the lease agreement, Patriots Point will receive a percentage of the revenue from the hotels, office buildings and restaurants he intends to build on the 50-acre property.

“It’s a great structure for the landlord – Patriots Point – and it’s fair for the tenant,” Bennett commented. “Patriots Point will reap the benefits as the value of the land goes up. As business grows, the revenue will grow for Patriots Point.”

Bennett, a self-described “long-term owner of real estate,” said his passion is to design and own buildings that future generations will be able to enjoy. He pointed out that timeless architecture, quality materials and quality design are the hallmarks of the many projects he has completed and is still working on in the Charleston area and elsewhere.

“I love classic architecture, and that site deserves something special,” he commented, adding that he learned a valuable lesson from former Charleston Mayor Joe Riley.

“Mayor Riley said that if it ought to be there in 100 years, build it and make it last,” he said.

In addition to building something that will be around long after he is gone, Bennett is concerned about making sure Patriots Point and its attractions remain intact for future generations as well.

“Patriots Point is an American classic,” Bennett said. “It’s a promotion of America’s greatness. I have the chance to create money that will help take care of the Yorktown in perpetuity.”

Bennett Hospitality owns and operates 18 hotels across the country, including three in Mount Pleasant: The Courtyard Marriott off Highway 17 and the Residence Inn Marriott and the Hampton Inn on the Isle of Palms Connector. He built his first hotel in downtown Charleston in 1990, turning apartments on Meeting Street into the Hampton Inn. The $101-million hotel Bennett is building on Marion Square in Charleston is expected to open in the fall of 2017.

Meanwhile, Bennett has launched another project at the foot of the Ravenel Bridge in Mount Pleasant. He hopes to break ground at Ferry Wharf, where the ferries pulled into Mount Pleasant before the first Cooper River Bridge was built, late in 2016 or early in 2017. Plans call for the construction of hotels, retail space and office buildings.

Regardless of where or what he is building, Bennett’s mantra remains to make it beautiful and make it last.

Among all his many projects, which is his greatest accomplishment?

“Probably the one I like best is the one I’m working on right now,” he said. 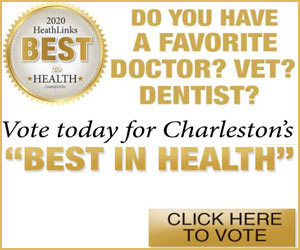